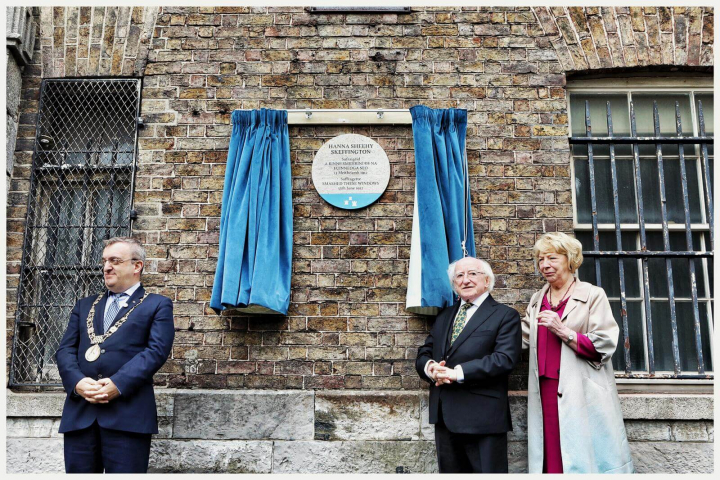 The ceremony took place place at the site where, on 13 June 1912, Hanna Sheehy Skeffington and a number of members of the Irish Women’s Franchise League, broke windows in the Government buildings as a form of protest. The women were arrested and imprisoned for a month. 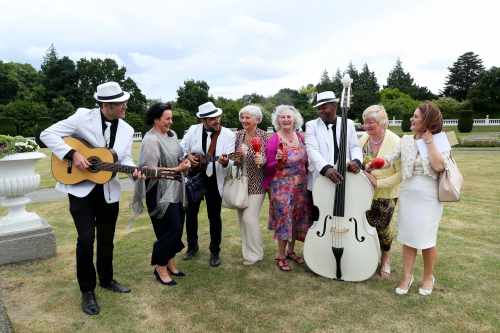