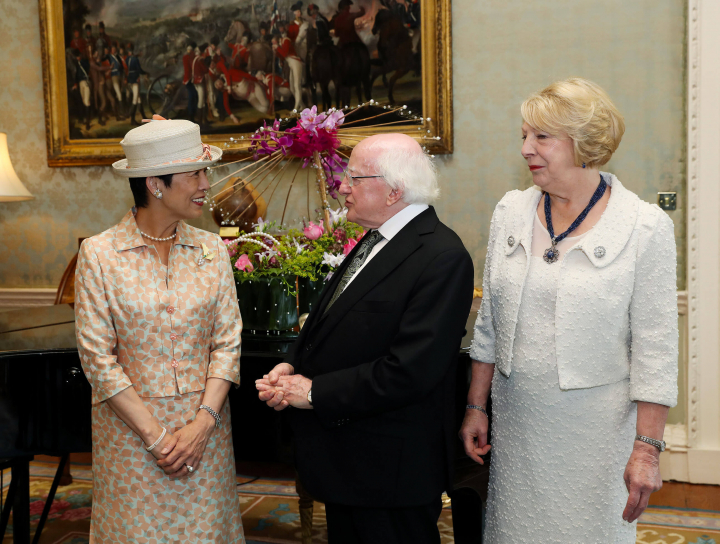 Along with her many constitutional roles and duties, the Princess is also Honorary Vice-President of the Japanese Red Cross, the Japan Football Association and the Japan Lifeboat Institution, and Honorary President of BirdLife International, a global alliance of non-governmental conservation organisations.

At the Áras, the Princess visited the tree planted by Emperor Akihito, when the then Crown Prince visited Ireland in 1985.

This is the Princess' second visit to Ireland, having attended the 2003 Special Olympics World Summer Games. At the time she attended a number of events including volleyball, athletics and swimming, and supported the Japanese team. H.I.H. Princess Takamado also met President Mary McAleese at Áras an Uachtaráin on 27th June 2003. 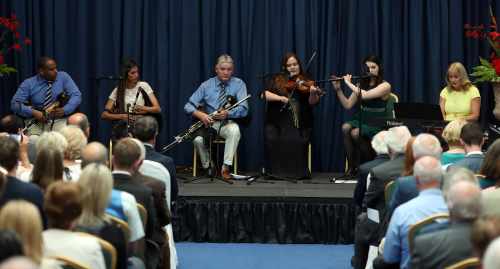