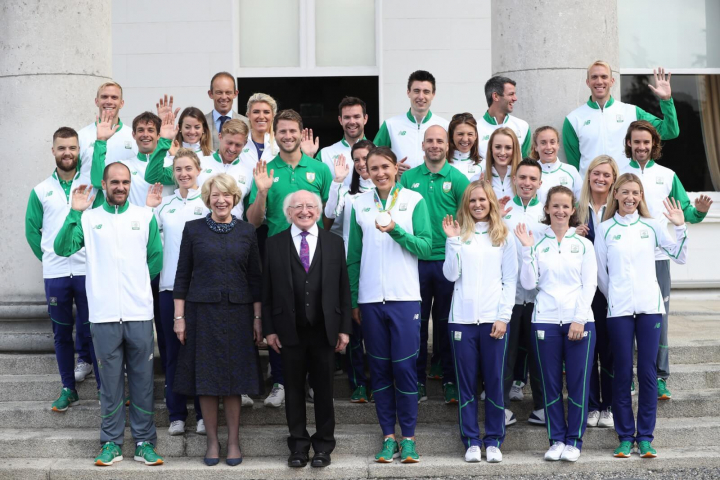 Members of Team Ireland who competed at the 2016 Rio Olympics were being honoured at a special reception hosted by President Michael D. Higgins and his wife Sabina Higgins.

President Higgins invited the athletes and their coaches to Áras an Uachtaráin to personally congratulate them on their achievements at the Olympic Games and on their role as representatives of Ireland on the international sporting stage.

You can listen to the President's speech, or read the full text, by clicking the links below.

President receives Dr. Dermot Keogh, who will present a copy of his book on Ireland and Argentina